Skip to content
Home/Wine Making/How is Champagne/sparkling wine made?
Previous Next

How is Champagne/sparkling wine made? 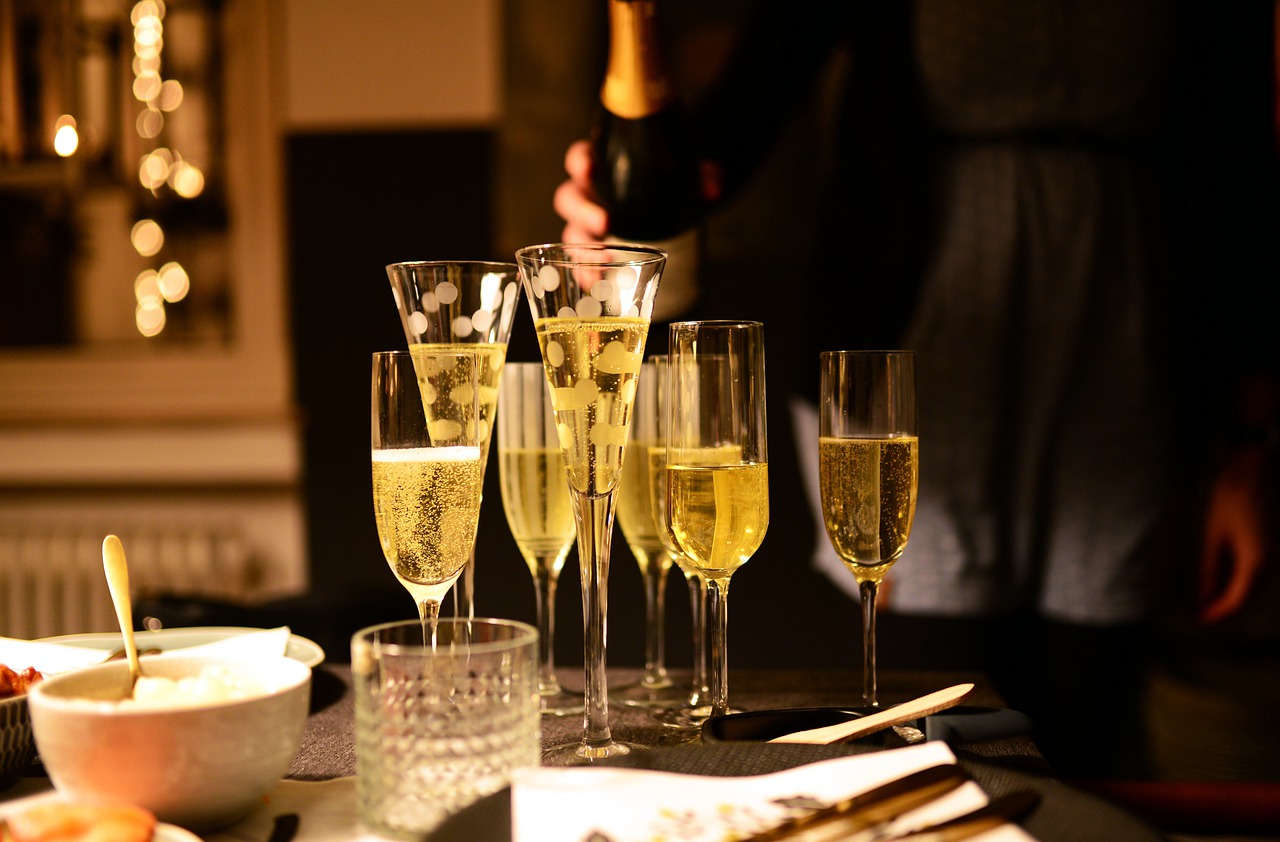 Bring out the bubbly!

It’s universally known that champagne (and sparkling wine in general) are the centerpieces for special events, but what makes these bottles so special in the first place? The truth of the matter is that these wines, as crisp and easy-to-drink as they are, result from quite the technical feat when it comes to their production.

Interestingly enough, the bubbles weren’t always considered something to be desired! As it tends to go with wine processes, originally the effervescence in wine was serendipitous. What is now a carefully controlled process used to happen by accident, in what were considered “less-than-optimal conditions.” Winemakers would work hard to avoid bubbles of any kind; it wasn’t until the 17th century that French winemakers began to take advantage of this phenomenon and hone the practice into the precise styles we know and love today—Champagne.

Sparkling wine is, of course, the more correct “blanket term.” It refers to wines with bubbles in them, yes, but even at this specification, there are still plenty of styles to talk about and get to know! Today, we’ll take a look at two of the most popular techniques for making sparkling wine that, in turn, give us some of our favorite bottles to enjoy.

Also known as the méthode traditionelle, or the méthode Champenoise, this style is responsible for bringing us our favorite bottles of Champagne, Cava, and Crémant. While it can be tough to pick a champion between them, it isn’t too controversial to say that the traditional method is THE most respected method of making sparkling wine and, naturally, also the most expensive. In large part, this grandeur comes from the production happening entirely inside the bottle.

First, in order to make the base wine, grapes are picked and fermented into a dry wine. As these wines are usually higher in acidity, the grapes are often picked slightly younger.

Next, the winemaker will take these base wines and blend them together until the desired profile is achieved. This mixture is called a cuvee, and serves as the final base for the sparkling wine.

At this point, all we really have is a bunch of base wines mixed together. So, where do the bubbles come from? This next step is the quintessential one. Yeast and sugars are added to this mixture and the mixture is bottled, which kick starts the second fermentation. This adds some more alcohol to the wine and also creates CO2, introducing those bubbles we were waiting for.

From there, the wine goes into aging. Aging wine on the remaining yeast particles, or lees, ultimately helps form and improve the texture. Champagne needs to be aged for at least 15 months, while regular Cava only needs to be aged for 9. And as with spirits, it’s generally felt that, the longer a wine is aged, the better it gets.

After the wine has been aged, the yeast particles are still stuck inside the bottle. And yet, the bottles of champagne we buy aren’t cloudy and misty—that’s all thanks to the next two steps!

At long last, a liqueur that is special to each winemaker—called liqueur d’Expedition—is added to the bottles to fill them back up to the top. This is called dosage. Bottles are then corked and prepped to be sent out into the world.

Whew! What a process.

As is common with the introduction of industrial advances, the traditional method was later abandoned by most winemakers for an arguably more efficient—and certainly more cost-effective—approach to wine production. This method, also known as the Charmat Method or the Metodo Italiano, is the method that gives us Prosecco and Lambrusco. 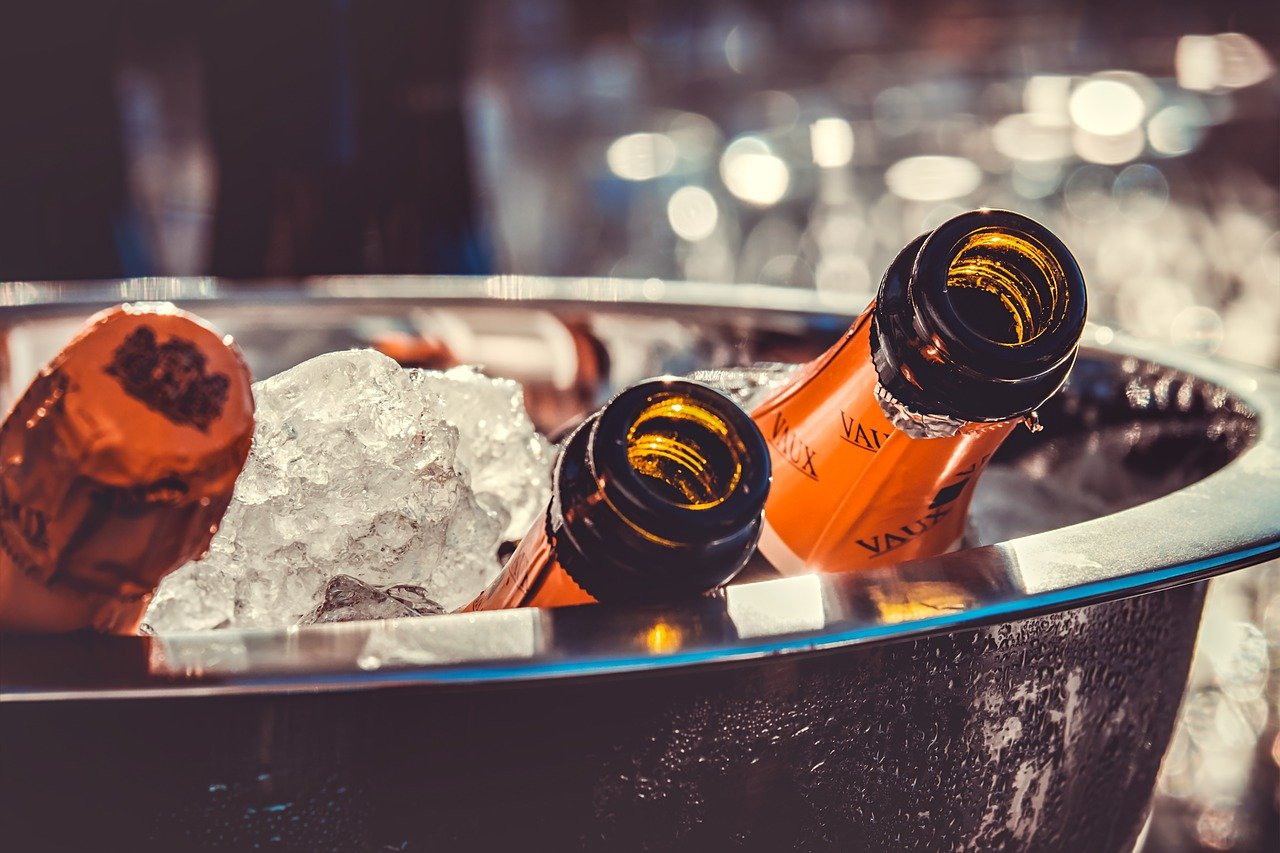 The fundamental steps here are roughly the same as the traditional method, at least as far as picking and fermenting goes. The major contrast comes in that, unlike in traditional methods, the actual wine production does not take place inside the bottle. Instead, it happens in…well, a tank. Hence the name.

The same (or similar) base wines are mixed there with sugars and yeasts and the mixture is left to ferment, creating CO2 and pressurizing the tank.

Then, rather than freezing and disgorging, the mixture is simply filtered. The final liqueur is added, and the wine is bottled and ready to be shipped out.

An important note here is that these tank sparkling wines are not aged. And while some might argue that this makes for a wine of lesser quality, it is inarguable that the process gives these wines a fresher profile, which is adored by many.

These are the most popular methods of producing sparkling wine. And, as we can see, in every case it is quite a feat! There are many variations to these methods, such as the Transfer Method, which opts to deviate from the traditional by filtering the wine in a tank rather than disgorging it. There are also some more obscure methods, like the Ancestral Method, which uses low temperatures to halt the fermentation for the wine to be bottled, where the second fermentation takes place inside the bottle. Sediment is not discarded in this technique, and the practice is thought the be the oldest sparkling wine production method.

Regardless the method, it’s pretty clear that all of the work and precision that goes into making these fine sparkling bottles makes it that much more important for you to savor each and every sip the next time you pop open a bottle of bubbly!