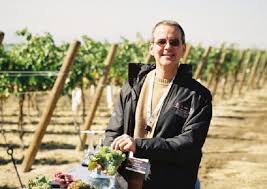 Michael FlynnSommelier
Michael Flynn has spent the past five years in wholesale distribution and wine importing,
managing regional and fine wine divisions for the likes of Dionysus Imports and Favorite
Brands.
Mr. Flynn was named Wine and Beverage Director at the Rosewood Mansion on Turtle
Creek in September of 2007, and remained on the job until 2014. Formerly, he served as
wine director and sommelier for James Beard Award winner chef Bob Kinkead at Kinkead’s
in Washington, DC since its opening in the Fall of 1993. He was also wine director for Bob
Kinkead’s Colvin Run Tavern in Vienna, Virginia, which opened in the Fall of 2001.
Described as Washington’s “best known, best loved sommelier” (Washingtonian Magazine,
August 1998), and “one of America’s finest sommeliers” (Robert Parker’s The Wine
Advocate, December, 1997), Mr. Flynn has written numerous articles for, and conducted
interviews with publications such as The Washington Post, The Wine Spectator, Santé
Magazine, Food and Wine Magazine, the American Institute of Wine and Food, the Wall
Street Journal, and Washingtonian Magazine.
Mr. Flynn has been a three-time finalist for a nomination by the James Beard Foundation for
outstanding wine service, a national award category with only five nominees nationwide
annually. He holds the advanced diploma from the Court of Master Sommeliers.

Explore the intricacies of wine & food with “Michael Flynn”why certain food and wine pairings work while others don’t, and how grape growing practices vary from one region to another. Michael holds the advanced diploma from the Court of Master Sommeliers.